"The typewriter symbolized the golden age of writing in the last century. It not only helped produce great literature, but often became part of the story itself." 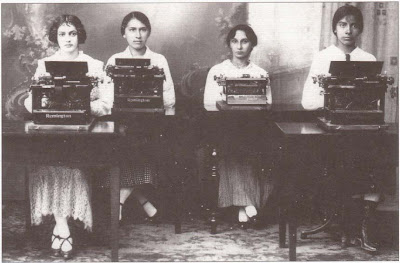 Since 1867 typewriters have been used for creating visual art. The earliest preserved example of typewriter art was made in 1898 by a woman named Flora Stacey. Not much is known about Flora Stacey except that she was probably a secretary. Her framed picture of a butterfly was published in the October 15th, 1898, edition of Pitman's Phonetic Journal.
The entire rendering of this picture was created with the typewriter -- yes, even the butterfly! The butterfly is composed of brackets, hyphens, points, oblique strokes, a single asterisk, and several "o"s. 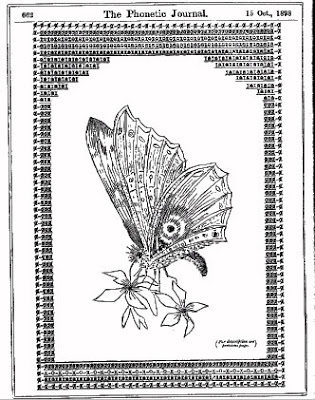 Today, typewriter fonts are used to give an older feel to a design.

- E. E. Cummings used the typewriter to change the design (layout) of the words in his poems to give time poetic effect. His grasshopper poem is perhaps the most famous example. 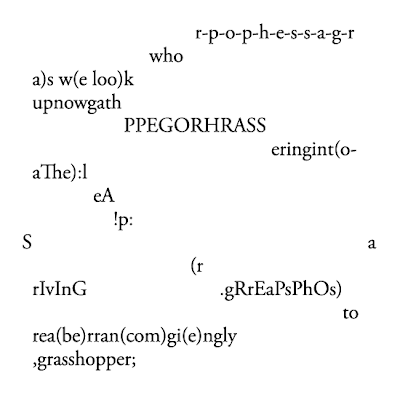 e. e. cummings poem, "Grasshopper"
- When Remington first started marketing typewriters in the 1910's, the company assumed the machine would not be used for composing but for transcribing dictation, and that the person typing would be a woman. Flowers were printed on the casing of early models to make the machine seem more comfortable for women to use. 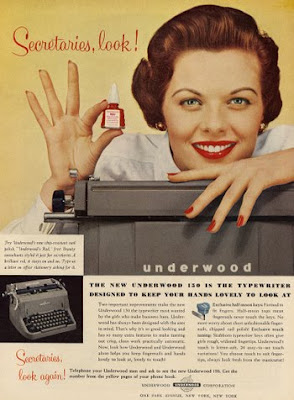 - The first monospaced typefaces were designed for typewriters, which could only move the same distance forward with each letter typed. 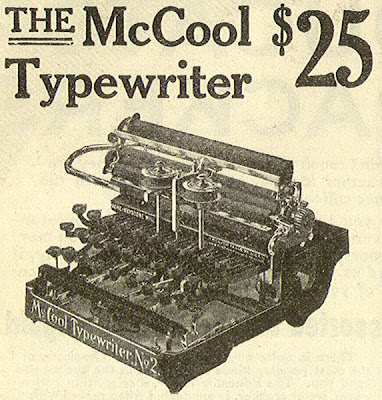